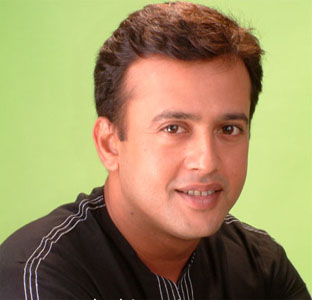 Riaz is a Bangladeshi film actor. He made his film debut was in the supporting hero of the film Banglar Nayok. for it specially supported by evergreen heroine also his cousin sister Bobita. He became popular in Praner Cheye Priyo 1997 which blockbuster-hit at the box office. He has worked with lots of Bengali film and and achieved success with every movie. He is not only worked for Bangladesh Film Industry, he worked as a modeling and lots of Bangladeshi TV Drama. He was awarded by Bangladesh Film Journal Association (BFJA) as the Best actor award for the year 1998. Meril-Prothom Alo Best actor award 1998. He was selected best actor and awarded with National Best Film Actor in the year 2000, 2007 and 2009 by the government for acting in the films Dui Duari, Daruchini Dip and Ki Jadu Korila respectively. Meanwhile, he has acting more than one hundred Bengali Film. Riaz was born in Faridpur District but his paternal home Jessore District.

Posted by bdcelebritypic at 4:29 AM

I am Nancy Dewan,Daughter of film director Dewan Nazrul.Actor Riaz is introduce by father in Bangla Nayok.You people didnot mention my father's name,watch Hollywood actor Wikipedia.Take knowledge from that,and mention otherwise it will action,before that.
NANCY

Thanks for sharing this information. I really like your blog post very much. You have really shared a informative and interesting blog post with people.. buy dvd longmire season 6

Thank you so much for the post you do. I like your post and all you share with us is up to date and quite informative, i would like to bookmark the page so i can come here again to read you, as you have done a wonderful job. buy dvd westworld season 2